A brief history of real Ancient Astronomy and the Eclipses.

By Naila Hussain
146
Major Solar Eclipse occurring on Feb 26th when Sun & Moon come to 0 degree or rather complete 360 deg cycle and conjunct exactly both join at in Pisces at 8’12 degrees as per tropical system.
Simultaneously Mars conjuncts Uranus in Aries and opposes Jupiter in Libra. Why the Solar eclipse is important? How does this represent changes in our lives, plant, animal lives and also in Earth’s nature? HOW DID this study originate and where?
The smaller entities have more influence and larger the lesser.
Astronomers of today dont recall the origins of who discovered the genuine study of astronomy and how ancient this study is. Western historians credited Sumeria with its minor knowledge of astronomy they used for cycles, but they deliberately erased the real origin of that knowledge. Arabs did invite Indian astronomers to learn from them astronomy and they used that in their calendar and books on astro subjects. Ancient India that extended from Shores of Red sea to East Asian Lands & now broken Indonesia and Kalimanthan from mainland India was a vast continent and the center of all golden civilzation periods of humanity dating millions of years.

Recommended article An invocation to the super energies of Shiva – Listen get healed READ THIS whole text with attention.

Unfortunately the so called scholars cant even figure out Vedic timing as they date it to 5000 BC that is ridiculous and foolhardy considering the extreme advancement of thought and sciences into much deeper ancient past.
Just to illustrate my point Saura Sidhaanta [Princples of Solar system] is the most valuable treatise with highest precision of astronomy that ever existed’s first known usage is 16000 years ago and nobody can date it as it could be about 1.6 million years old.

Funny modern historians refer to Hebrew, Muslim and Chinese calendars based on lunar cycles but they do never talk of where it all originated. Lets review that.
Scientific theories also took shape, though the Puranic legends talk about Svarbhanu or Rahu [ Will post on that legend seperately but its invent has a scientific basis wait for another post to grasp that] who devours the Sun and causes darkness. The ancient scientists give the scientific theory of eclipses. In ancient times they did not call them scientist or Vaigyanik but seers and Rishis which mean doctors of Spirit & Matter that encompass whole life.
The Moon is a cold, rocky body about 2,160 miles (3,476 km) in diameter. It has no light of its own but shines by sunlight reflected from its surface. The Moon orbits Earth about once every 29 and a half days.
Indian scientists, Astronmer masters, seers or Rishis deviced very beautiful methodologies to recall and educate by creating Verses as those were remembered by generation to generation [Kanthastha] or memorizing simple verses that carried deeper knowledge.
They also deviced astronomical phenomenon’s coded stories so that people can understand the macro picture. Later on some generations lost on the idea and started worshipping some of the entities of which I will write later.

An eclipse of the Sun (or solar eclipse) can only occur at New Moon when the Moon passes between Earth and Sun. If the Moon’s shadow happens to fall upon Earth’s surface at that time, we see some portion of the Sun’s disk covered or ‘eclipsed’ by the Moon.
For Lunar Eclipse
Since New Moon occurs every 29 1/2 days, you might think that we should have a solar eclipse about once a month. Unfortunately, this doesn’t happen because the Moon’s orbit around Earth is tilted 5 degrees to Earth’s orbit around the Sun. As a result, the Moon’s shadow usually misses Earth as it passes above or below our planet at New Moon. At least twice a year, the geometry lines up just right so that some part of the Moon’s shadow falls on Earth’s surface and an eclipse of the Sun is seen from that region.

Indian astronomy called whole duration of both the eclipses from the first contact to the last contact as Sthiti. Total obscure time is called Vimarda. Partial eclipse is as KhandaGrasa and the total eclipse is PuranGrasa. Total disappearance of the body is called Nimilana and reappearance is Unmilana. If eclipsed body is near Ascending NORTH NODE known as Rahu it is RahuGrasa and near the descending node known as Ketugrastha.

This is really the scientific theory that the modern science gives. Varahamihira [City of Baramulla in Kashmir India named after the great astronomer] concludes his account that:

What he says is this: Thus I have given the causes of the eclipses as given by the great preceptors with divine vision. Taking into the account the nature of sciences, Rahu is not given as the cause.
Tandyabhamana makes the following exciting account of a solar eclipse:

“The demoniac Svarbhanu struck the Sun with darkness. The gods did not discern it; they resorted to Atri. Atri repelled the darkness by his bhasa. At first, it became a dark sheep. Then of silvery colour, then reddish and what he set free with his original appearance, it was white.”
The translation is quite unsatisfactory as it cant be translated literally.
The phase known as New Moon can not actually be seen because the illuminated side of the Moon is then pointed away from Earth. The rest of the phases are familiar to all of us as the Moon cycles through them month after month. Did you realize that the word month is derived from the Moon’s 29.5 day period?
To many early civilizations, the Moon’s monthly cycle was an important tool for measuring the passage of time. In fact many calendars are synchronized to the phases of the Moon. The Hindu, Hebrew, Muslim and Chinese calendars are all lunar calendars. The New Moon phase is uniquely recognized as the beginning of each calendar month just as it is the beginning on the Moon’s monthly cycle. When the Moon is New, it rises and sets with the Sun because it lies very close to the Sun in the sky. Although we cannot see the Moon during New Moon phase, it has a very special significance with regard to eclipses. Many critical events happened, many prime astro cycles began or ended and also coincided with human history’s critical events.
During the five thousand year period 2000 BCE to 3000 CE, planet Earth experiences 11,898 solar eclipses.
Eclipses have been interpreted as omens, or portents. Greek historian Herodotus wrote that Thales of Miletus predicted an eclipse that occurred during a battle between the Medes and the Lydians. Both sides put down their weapons and declared peace as a result of the eclipse. A solar eclipse of June 15, 763 BC mentioned in an Assyrian text is important for the Chronology of the Ancient Orient.There have been other claims to date earlier eclipses. The King Zhong Kang supposedly beheaded two astronomers, Hsi and Ho, who failed to predict an eclipse 4,000 years ago. An eclipse recorded by Herodotus before [Sher Shah Saurya] known to Greeks as Xerxes departed for his expedition against Greece, which is traditionally dated to 480 BC, was on February 17, 478 BC. A partial eclipse was visible from Persia on October 2, 480 BC. Herodotus also reports a solar eclipse at Sparta during the Second Persian invasion of Greece. We can study human history of 100000 years and we will find at each major eclipse critical events took place.
Indian astronomy has not only 18 propounding epic books but also a few encyclopaedias of astronomy that have not yet been fully available to common readers. Varahmihira [city of Baramulla Kashmir] who wrote in his Panch Sidhantika [5 Astronomical princples] in AD505 where he surveyed the 5 ancient systems of ancient India; The Saura, The Vasishtha, The Paitamaha, The Romaka, and the Paulisa Sidhhantas. He added that Saura Sindhanta was the most accurate of all. Indeed it is. You see as per Surya Sidhanta, Angular semi diameter of the SUN was considered at that time 16 1″ 8 whereas Ptolemy much much later had as 16’40” and the modern one is 16’1″ 3 to 8. Ancient Indian calculation was more precise 16000 yeras ago than todays most precise optics.
Total Solar Eclipses and the Path of Totality
If the Moon’s inner or umbral shadow sweeps across Earth’s surface, then a total eclipse of the Sun is seen. The track of the Moon’s umbral shadow across Earth is called the Path of Totality. It is typically 10,000 miles long but only about 100 miles wide. It covers less than 1% of Earth’s entire surface area. In order to see the Sun become completely eclipsed by the Moon, you must be somewhere inside the narrow path of totality.
The path of a total eclipse can cross any part of Earth. Even the North and South Poles get a total eclipse sooner or later. Just one total eclipse occurs each year or two. Since each total eclipse is only visible from a very narrow track, it is rare to see one from any single location. You’d have to wait an average of 375 years to see two total eclipses from one place. Of course, the interval between seeing two eclipses from one particular place can be shorter or longer. For instance, the last total eclipse visible was in US East Coast in 1478 and the next is in 2079. That’s an interval of 601 years. However, the following total eclipse is in 2144, after a period of only 65 years.
Tags:
Astronomy, Eclipses 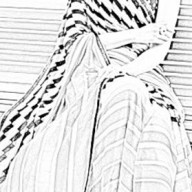 The Origin of Optometry

Are Ramayana and Mahabharata real or just fictions?

Why were Muslim Invaders Successful in India