The relation between human life and the Vishnu avatars

Picture: Courtesy decodehindumythology
The relation between human life and the avatars of Vishnu in every step will appear surprising and interesting if we read and look at it carefully.
1.Inside water :
Human life’s first stage is the childhood. Inside the womb of the mother, the child takes its shape and grows slowly in the womb, being a liquid material, secures the child from hostile external environment.

Image courtesy- indiadevine.org
If we look at Vishnu’s avatar the first avatar is the Meena , fish under the water.
2. Crawling and if the child kept laying keeping the face towards sky, they can’t move away :
After the birth, the human children are too small to move away if kept facing towards sky, and when they slowly start moving, they move slowly using their two hand and legs, i.e., crawling.

Interestingly the second avatar of Vishnu is Kurma which is tortoise. When tortoises are kept facing the sky, they unable to move always as they lay on their back, and when they start moving, they move using their four legs and they are slowly just like a small kid who has just started walking .
3. Anything they get, they eat:
When a newly learned child starts walking, he loves to roam around the house as much as he can, he doesn’t want to be stopped. Parents mostly try to be alert as kids being unable to understand what to eat and what not to eat at this stage, put in their mouth whatever they hold in their hand. They want to walk freely entire house.
In Baraha Avatar which is wild boar, is powerful and wants to roam around freely, they don’t want to be stopped with any limitation.

Image courtesy indianmythology.com
4. Angry young kid:
After the completion of the initial stage of the childhood, most of the young children use to be angry and short tempered, if they are not taught whatever they are supposed to be taught by parents in a proper manner. In this stage, there are the chances of being transformed into a brat.
Narasingha was the fourth avatar of Lord Vishnu, which was having furious anger and unstoppable strength. Narashingha was angry and the level of temperament was high even after killing the demon; the anger was calm down when Prahallad politely asked him to control his anger, Lord Vishnu’s Narasimgha avatar calm downed.
5. Innocent and short-heightened child:
This is the first step of a human life after crossing the initial days of the life, mostly 12 to 16 years. The time to grow and learn from the world, mostly innocent and the real learning phase of the life.
The 5th avatar is the BAMANA avatar, the innocent child who saved the world from the arrogant demons, but also kind enough towards the demon at the same time.
6. Angry young man:
After crossing the innocent child hood, naturally the child puts the anger on the top of their nose, becomes very less tolerant, frequently runs out of patience with the existing system and the world, most of the time becomes frustrated by the lecture of teachers and its surroundings. But those who utilize this energy and time, can be transformed into good human being in the future.
Pasuram is the 6th avatar of Lord Vishnu, an angry saint who being frustrated with the system and over powered the kings and their rules. But at the same time he was a great saint and a great warrior.
7. Matured man of dignity who is ready to take the responsibility:
When an angry young man slowly grows up, it starts the process of taking up the responsibility from their parents and elderly people, he falls in love and stays loyal to his beloved. He brings the fresh blood in leadership in the society and is able to make a normal movement to a mass movement. This stage of life human is mostly diverted by emotions.
Maryada Purushattam RAM is the 7th avatar of the lord Vishnu who taught the world how to be loyal to his wife, how to accept and respect the words of the elderly people, how to lead a huge team for a goal which could be an inspiration for the society. How to sacrifice own family and self-interests when the country needs him and look towards him as a leader. May be, there are pains but when life is for nation and public interests, there is minimum space for any leader for their personal life.
8. Experience and maturity and knowledge makes a man to a super human:
According to my understanding from the life I feel 30+ to 60 is the time when a normal human spend their real life, in this time frame they have already gained experience from the world and their surroundings and they use the experience to lead a good life, most of the strong decision they take in this stage of life. Their past experiences and knowledge guide them to take decisions independently. Normally people act very smartly and maturely compared to any other stages of the life. The real establishment phase of the life.

Image courtesy Iskcon
Lord Krishna is the avatar, who taught us management, politics, how to defend family, how to restore the dignity of women in the society, how to save the society from the enemy without taking the arms in hand that all we can learn from this avatar. Lord Krishna is the perfect teacher for the society, politics, and diplomacy along with the management.
9. Wise man:
After 60 any human being transform into a wise man who knows almost everything about life after their life long experience, they hardly react on any issue easily, because they know the end of the issues from their experience. They are mostly transformed into a silent wise man, man of less talking and wise thinking.
That’s perfectly matching with the 9th avatar of lord Vishnu , Gautama Buddha. A wise avatar who used to talk less but gave the advice of peace in life to bring the peace in mind. Who knows all the fight and jealousy will come to end shortly and end of that it will all silent.
10.Destroyer of the evil :
When the right human silent the evil transform in to devil, the old wise man eager to change the society to restore the peace in the society, that’s the eagerness always encourage them to take a forward step to remove the evil and devil from the society.
According to Hindu Puranas Kalki avatar will arrive to restore the peace and rightorious in the society destroying the evilness from the society. 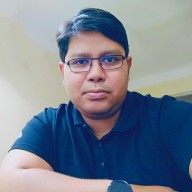