Ganesha : The God of Leadership

“Hindu Gods…. What’s the point of worshiping a funny God with an elephant’s head?” I believe this is a statement every Hindu must have come across at least once in his/her life. Every non-Hindu who knows Hinduism even remotely must have dismissed the idea of Hinduism by merely thinking about Ganesha. Why? Why do we worship a God who is not even a whole humanoid? I guessed most of you must have stumbled upon it.
All the way through my childhood I couldn’t answer this. Somewhere within my guts I made peace with the fact that Hinduism is far too complex. Let it be a part of my life as a living grandma’s fairy tale. I chose not to think too much about it.
But unanswered questions won’t take you far. Not at least those related to your roots. About two years back I met a middle-aged lady who was very sad after being bullied by a foreigner. She (the foreigner) told her the same thing which I mentioned in the first line. The woman could not answer this blatant joke on her religion. Her faith was being targeted and she was helplessly watching herself becoming a doormat. All this, because she let herself ignore the very treasure of knowledge she was bestowed with; just like every one of us.
Read more : The relation between human life and the Vishnu avatars
So let’s try understanding Hindu Gods. Why do we worship idols? And more so, why do our Gods have so many vivid different idols? Doesn’t the Vedas say that God is one? Even the Bhagvat Geeta says God is one. So why do we have so many Gods and deities with vague images and endless origin stories?
Sipping my coffee at the airport I stumbled across the first God I was always questioned about by Non-Hindus. Yes, he is the first God we should remember before starting something new: Ganesha. I might as well add, ever since I deciphered the image of Lord Ganesha I had been  smoothly  sailing this boat of wisdom above the vast ocean of knowledge.
“Ganesha” or “Gana- Eisha” literally translates to “Leader of People”. Even his other names like “Gana-pathy” or “Gana-nayaka” translates to the same. So in simple words Ganesha is lord of leadership. Whoever wants to become a leader, a head of a business group, a CEO, a team captain, a warrior, a king/ruler/administrator, or anyone who wishes to begin a new venture with the hope of leading and succeeding in the future should always “remember” Ganesha. Have you noticed that in India it is how carefully people ask you to “remember” a God, than worship? Yep, I found that fascinating. I always wondered why.
Read more :  Srimad Bhagavad Gita
So let’s remember Ganesha. What’s his origin story?
One day Goddess Parvati desired for a child. She asked Lord Shiva if they could make a baby. Shiva refused and went away for meditation.

Disappointed, Parvati went to her chamber and applied sandal-paste on her skin for taking bath. She meditated for a while and then took off the dried sandal-paste off her skin. With those residuals she crafted a humanoid doll of a boy-child.
She breathed life into the doll with her powers and turned it into a human boy. She cuddled with the child and then lovingly asked her to guard her chamber while she took bath.

The boy went outside and stood by the door. Lord Shiva by this time had finished his meditation. He returned to see his wife.
The boy stopped Lord Shiva. Obliged to his duties he asked Shiva to leave.
Shiva told him that Parvati was his wife, and that it was okay for him to enter the chamber.
The boy wasn’t amused. He challenged the mighty Shiva himself for a duel.

As a result of the combat Shiva destroyed his head. The boy’s head was turned to dust while his torso fell lifeless at the door of Parvati’s chamber.
Parvati came out panicked. She was horrified by what she saw. She turned upset. As she cried, the universe began falling from its place. All the other deities worried it was the end of the world. They worried that the universe would be annihilated before its due time. They united and prayed to Lord Shiva for bringing back the boy from dead.
Read more : Hindutva Vs Hinduism: According to Savarkar “Hindutva”
Shiva told them to bring the first living being’s head they found. They found an elephant who had been meditating in Shiva’s abode for ages and had been blessed by Shiva to live with him for eternity. [There are many variations here. Some texts say they were asked to bring someone’s head which was sleeping with his head opposite to south. Some say they were asked to bring the creature which was facing away from his mother. Either way they all lead to the same.]
They brought the elephant’s head ready to be planted on the boy’s torso, thus fulfilling the elephant’s boon. Shiva installed the elephant’s head and brought him back to life.

That’s how “Ganesha” was created!

Now if you read objectively you will find there is a vague symbolism hidden in this story. It is a philosophy very beautifully coded inside this mythic legend. All we need to do is “decipher”!
Parvati is mother-nature. She crafts us, humans. We due to our ignorance or lack of knowledge believe that we are mighty enough to be the “savior of the world”. We try to “protect” that which is not truly ours. We develop “ego”.
And then “time” comes. In the story time is represented by Lord Shiva. Note that Shiva is also called “Mahakaala” which simply translates to “Time”. And it is also said that Shiva is all existing, supreme. I guess we have no doubt in believing that time is supreme.
Our ego filled mind makes us believe that we can win time. We go ahead and fight with time, again for protecting that which is not ours. This is when time destroys our ego. The scene were Shiva destroys the boy’s head is a representation of time destroying the person’s ego.
When our ego is destroyed, we feel our world has turned upside down. We go through the phase of recreation. This is when time heals us too. Time installs “wisdom” in us, represented by the elephant’s head as elephants are considered to be the smartest animals.
This is how a leader is born. This is how Ganesha is born.

There are a lot of symbols hidden even in the basic representation of Ganesha. A leader requires a lot of humility, self-control and knowledge that makes him a successful leader. The first thing obviously is what we discussed a “test of time”. Every bad time is a test, a time when our ego and ignorance will be destroyed and rather replaced with wisdom and grace. These two are biggest traits of a leader. Then also a leader needs a lot of self-control. In Ganesha’s idol we often find him holding “ankusha”, or a yoke that was previously used for taming animals. This is a symbol of controlling your animal instincts. For a leader this sort of self-control over gluttony, lust, greed etc. is mandatory.
Ganesha is also seen eating “modaka”, a sweet dumpling made of rice, coconut and jaggery. Rice and coconut are also associated with Laxmi, goddess of wealth. They are the signs of prosperity. A successful leader with all the leadership attributes will definitely accumulate wealth. Even his family is nothing but the representation of prosperity. His wives Riddhi and Siddhi translate to knowledge and power. In Bengal he is said to have a bride called “Kaula-Bou” which translates to “lady banana-wife”.  Here a banana plant is dressed as a bride for Ganesha because banana plant from its stem to leaf to flower to fruit, everything can be used for household as well as consumption. It is another sign of prosperity. Ganesha has two sons: Shubha and Labha which translate to “prosperity” and “development”. He also has a daughter, Santoshi, which translate to “contentment”.
In short Ganesha is all about joy, prosperity and contentment. And this happens only after the first phase of difficult time, the time when ego is crushed and wisdom is developed.
So next time you go through a bad time in life, just remember “Ganesha”. As for now, I sign off as the humbled author of this article. I will see you next with another Hindu God. Till then, stay blessed…
Tags:
Ganesha, Ganesha : The God of Leadership, Hinduism 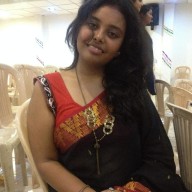 How do foods change our BODY on cellular and spiritual level? The microcosmic universe of Human cells