Why Banks in India no longer make any sense.

By Seema Raghunath
38
Banks no longer make sense in India. Any way you look, there is a charge.They have their excuses for levying every imaginable tax there is, but the poor citizen has no where to go except to those pages in a holy book that translate eventually to “Om Shanti “!
The latest announcement that stated banks will start charging for transactions greater than 3 withdrawals has taken Indians by a shovel and dropped us in a giant garbage pile. I was silenced like everyone else, because of being rudely stunned. Thought the government will announce this was a misprint and withdraw news but nothing happened. Then I thought there is time – April 1 2017 is away, maybe good sense will prevail and they will ask the Bank mafia to behave.
However with all hopes squashed now I am looking at where we are left – same pile. But if you look closely they are a millions transaction prints from all the ATM’s we ever used ! If only I knew this was to happen I would have taken pictures of me surrounded by scores of ATM withdrawal receipts.
As things stand, it means only one thing – we will be forced to hide our money and jewels under a tree, like our great grand parents did. Tell you why it is a better idea
1) The thing they call interest rate on savings account, is so microscopic you won’t notice it even if they stopped sending you that change
2) The minimum charges to start an account = 3 gms of 22kt KDM gold !
3) They keep annoying you with texts ” your balance has gone beyond minimum today at 11.43am. To continue seeing your parents breathing please ensure you deposit the deficit right now no matter where you are”
4) When you withdraw from another ATM they penalize you because a notice board at the ATM reads “cross banking is more expensive than cross border firing”
5) When you ask for a new cheque book they smile and that means slip your hands into your pocket – pay up ! If you don’t – there is auto debit anyway.
6) If you wind up and want to shut down an account they behave like they don’t know you. Either that or 7 staff members will gherao you like you are an antelope about to deliver a fawn in the middle of the Savannah. Out of embarrassment you exit.
6) Now if you withdraw more than three times there will be an axe of a penalty that chops your fingers each month. Your own money By the way.
7) The tree is our best option guys. It will allow “banking at any of its branches”
Now to look for trees everybody.
Tags:
Bank, banks in india, India 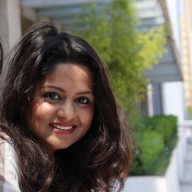