Atal Bihari Vajpayee's leadership as PM : The success story of a poet 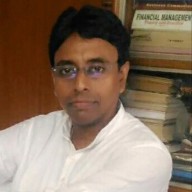