Despite heavy media saturation by Democrats and nearly constant scandal coming out of the Trump camp, Donald Trump came out ahead, to the shock of many.  Reports showed that the election was won due to Trumps connection with white, rural, working class voters.  In large part, this is true, but it’s not the whole truth.
Party lines were crossed on both sides.  The Republicans who could not support their candidate spoke loudly and clearly, but on the other side were Democrats who, tired of pandering and lack of action by their own party.  Many of these voters had lost patience after years of voting Democrat.  Among them were some surprising groups, including domestic Muslims.
On its face, this is shocking, considering Donald Trump’s remarks and the portrayal of him in the news media.  His followers have been labeled as xenophobic, misogynistic, rednecks, and he has received endorsement from some hateful organizations.  The less flashy side of Trump voters were those concerned with domestic security and those who threaten the freedoms that the United States offers.
There’s a lot of money to be made in promoting the divide in this country, but there are citizens interested in a more nuanced discussion that takes their concerns into account.  What traditional Democrats have gotten instead is a strict strategy of pandering and tap dancing around tough issues.  While those voters have been waiting patiently for the kind of change their party has promised, the Democratic party has lined their pockets with cash, and some voters have run out of patience.

More on US Election 2016  Mr or Madam President – Who will make it to the White house this time?

Domestic security is of particular concern to Muslim women, who have received the worst treatment in areas where Islamic radicals are in power.  It’s offensive and frightening to explain a lack of action or even address concerning something as serious as Islamic radicalization to a group of women who have seen the beatings, killings, and torture enacted by a violent group of people that would force their barbaric beliefs on others.
While that immigrant population with a lifetime of Democratic loyalty oppose right wing oppression of minorities and LGBT citizens, there is an understanding that our American population would never allow the same kind of oppression that this country so fervently fights against.
The current administration and the Democratic party have downplayed the threat posed by groups like ISIS, who have been slaughtering people wholesale in places that most Americans have never seen.  Some of our population has been lulled into security because those on the left are unwilling to acknowledge the motivation behind these radicals, these Islamic radicals. Muslim citizens, especially women, who have seen the violence firsthand can’t be so easily pacified. It’s hard for gentle speeches by rich politicians to make a person forget religious and ideological persecution. If you had run from that, landing safely on the shores of a divided but free America, would you support an establishment that turned a blind eye to those horrors and the chance that the bloodshed might follow you to your new homeland?
Their concern over Islamic extremists and their effect on women is very real.  Germany is dealing with problems caused by extremists that have made their way through German borders, camouflaged by refugees.[1]  There is a spike in the rape of German women by some of these extremists, something Donald Trump made note of while Hilary remained unwilling to take a stance against this barbarism.
Political division this strong isn’t only seen in the United States.  People are waking up all over the world and developing a political consciousness.  While America has been collectively freaking out over the election, the people of India have been engaged in debate of their own.  Their citizens are becoming more involved in both their own and American political affairs.  Their right and left wing parties run along similar lines to the right and left wing parties in the US, though they don’t throw official endorsement to American parties or candidates.
At the same time we were electing Trump, their Prime Minister Modi was busy placing a ban on the 500 and 1000 rupee notes in circulation in a strike against black money.[2]  They’ll be replaced with notes of different designed and denominations.  Citizens in India have had to stand in long lines to deposit or exchange the banned notes.  This is a strike against more wealthy citizens who have stockpiled the old notes to avoid being taxed.
The Indian population is divided in their response to the ban.  Much like Trump supporters were collectively demonized as racist or misogynistic rednecks, there are similar shouts about nationalism in India.  Similar cries about banning certain groups of people have been shouted.  The politics here in America run alongside and effect the politics in every other part of the world.  A country that represents itself as both a superpower and a boots-on-the-ground force for good in the world, can’t be lukewarm on terrorism, genocide, and torture.  It’s dangerous for the world, and it’s especially dangerous for women.
There are female politicians in most developed countries, but as voters, women have largely been considered a political tool.  The same can be said for immigrants and people of color.  Current politics, while strongly effecting everyone, is something of a life and death issue for our Muslim citizens, with an extra danger for women.  These women are waking up and taking part in the debate and exercising their rights as Americans to shape their own future, a future that protects them against the horrors of their past and their homeland. Furthermore, these women would like to see these atrocities stopped all over the world.
These women are educated and informed. When compared with other religions in America, Muslim women rank as the second most educated religious women in our country after Jewish women.[3]  Forty percent of American Muslims, both male and female, are college educated, a number above the national average.[4]  With the number of Muslims in America projected to grow in the coming years, they represent a politically informed, growing demographic with a mind toward education, freedom, and national security. While the majority of American Muslim women identify as Democrats, they echo more conservative values when presented with issues of safety and domestic security, especially on the issue of Islamic terrorism.
Being lukewarm and even supporting countries that support Islamic radicals is a slap in the face to women, especially women who have faced the dangers that those systems of belief and politics offer.  Where the Democrats used to run as a party who supported the poor and working class, pushing against classist legislation, they have turned on their people, selling themselves to the highest bidder without regard to what danger their sponsors may bring this country and those abroad.
You can see how these things could drive a traditional Democrat, say a Muslim woman who immigrated to this country, to vote for Donald Trump, when disenchantment over Democratic elitism and inaction is put up against a candidate who has pledged not to take the presidential salary offers to be tough on Islamic radicals. 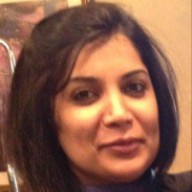 Mr or Madam President – Who will make it to the White house this time?