Era of Social Network:
In the era of developed technology we are now preoccupied with virtual world. First of all we should know what exactly the virtual world is? If you see the dictionary meaning of virtual, it means artificial i.e. not physically existing but it exist with the help of software, etc.  So, we are living in the world of artificial and it seems we are very much happier than the real world. No doubt that the evolution in the technology makes our physical and mental work easier and the formation of social networking sites brings several people of different caste and creed in one place in which together they form virtual society. No doubt it lessens the barriers of time and distance, now anyone in any place can communicate.
Are we happy with the virtual world ?

But the question arises how far we are happy with this virtual world , where there is no physical existence it’s just kind of something that you are talking to your imaginative person? Social networking sites is a place where introvert can also get the opportunity to become extrovert can easily able to communicate with anyone whom he never able to communicate in real. We may say that this is one of the positive aspect of social networking sites that everyone is getting equal opportunity to express themselves what they unable able to express in real but does it help in the development of any human personality? How far it helps in such development? We can say that if anyone is involved in e-commerce and expressing for the purpose of  business then yes we can say it is developing his/her selling ability and skills. But in chatting sites though it is helping in lessening the distance and bringing together our loved one nearer who are in long distance but on the other hand we are actually becoming habituated.  The new information technology has practically eliminated the physical costs of communications.
Bad side of the virtual world:
Just think that whether these social media really helps to communicate with our near and dear ones who are far away or it focused more on making new friends through it. No doubt talking with new people and becoming acquaintance will always be fascinating and exciting but it may be dangerous. To be frank, falling in love with internet friends means falling in love with the speed of internet. You may say that you fall in love with your imaginary person whom you can’t see in real. Does it sound fascinating? Of course not, it’s a kind of psychological disorder. As per several scientists research; it’s a kind of mental disorder which may affect your nervous system.  It causes depressive tendencies, loneliness, mental illness, eating disorder etc. people talking to stranger without knowing much about them may leads in dangerous result and especially it affects adolescents, women, etc. Yes there is also a chance of having good friends through internet but not everyone is lucky.
Legality on Social Media and “I Agree” button:
If we see in the perspective of Indian Legal system; Section 11 of Indian contract act says that minors are not competent to contract and these all social media networking sites are a kind of online contract. If you go through the terms and conditions of some of the social media it lays down the provisions what to do and what we are not supposed to do and then we have to have to accept the “I Agree” button. It means by accepting such things we are creating an online contract. So minors under the age of 18 who are using networking sites are illegal? Even if it is illegal what is the solution? How you determine the real age of anyone in social sites. It’s not easy to keep eye on this and therefore this is the reason most of the teenagers are victim of cyber stalking, harassing, or any other cyber related crimes. We live in a society exquisitely dependent on science and technology, in which hardly anyone knows anything about science and technology. (By Carl Sagan).
Drugs of illusion:

Nowadays people don’t face the problems they just facebook it. Instead of interacting directly these social media becomes a place where indirectly people are expressing their views and they become confined in a room. This also affecting their physical health. We should learn to utilize the benefits of these social networking sites rather than becoming addicted to it. We think that we are busy with group of people in social media but actually we are keeping distance from our near and dear ones and becoming alone. Human beings are social animal, and we think involving in social groups will satisfy our mental needs. To some extent it is. It’s a kind of drugs which we called drugs of illusion due to which our mind thinks we are socially active, having many friends and our mind thinks yes we are not alone. But it’s an illusion. It’s not true. Physical presence and satisfaction is as much necessary as mental. As I told its acting like drugs which we are addicted to it and everyone is familiar with the end result. So maturity level is important for the utilization of social networking sites. 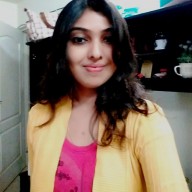