Own Luxury the Smart Way!

A single girl in a big city, I was greatly inspired and enthralled by the lifestyle showcased in movies like Sex and the City and Devil Wears The Prada. For me luxury fashion became an inspiration that I wanted to fulfil. I pictured myself carrying a designer bag and imagined the compliments that I would get carrying it. I believed that a Louis Vuitton, Hermes or a Gucci handbag will have the charm of making me look stylish and will set me aside from the crowd.
Over time I started putting together my savings to be able to acquire designer hand bags, signature stoles and other luxury adornments. The feeling of success and fulfilment that came with the ability to be able to buy such luxury was an added plus.
When the economic downturn came a few years ago, I wasn’t really affected but the growing fear amongst people around me of financial uncertainty made me a little careful on how and where I should really spend my money.
I must admit; it was only then that I started calculating the opportunity cost of spending my money. The amount spent on a Hermes scarf could well be used to book my flight tickets for a holiday and the money spent on a Louis Vuitton handbag could instead finance my flight and stay.

Around this time, I came across the concept of pre-owned luxury fashion.  At first, pre-owned luxury didn’t sound like a great idea. I was apprehensive to the concept; the thought of me carrying someone else’s treasure and flaunting what has already been flaunted did somehow make me uncomfortable. But as I explored websites that sell pre-owned luxury, my apprehension for pre-owned luxury dispersed. I was convinced that pre-owned luxury is a form of sustainable fashion. Pre-owned items are nearly half in price to what it would sell in the brand’s boutique; so purchasing the item is not only a smart move but also a sustainable choice that allows me to keep adding new designer couture to my closet.
What also interests me about pre-owned fashion is that there is a good chance of finding something unique. A particular Fendi tote made of denim which was released as a limited edition back in 2007 will no longer be available in a Fendi boutique, but on a website called My Luxury Bargain, which sells pre –owned Fendi handbags; there’s a good chance that you might find it. I’ve come across a pool of designer handbags and accessories that are no longer available in retail. Some of these have been discontinued, while some have been tagged as vintage.
Fashion is personal and characterizes you, it’s important that what you carry and wear complements you; we often forget this and get carried away by the ever changing fashion trends.
I read often on the internet about the rise of the sharing economy and how collaborative consumption is a solution to materialism and over consumption. I can’t deny the subtle truth behind how we all leave a carbon footprint by overstuffing our closets which has an adverse impact on the environment. Moreover brands like Louis Vuitton, Chanel, Hermes and many more are criticized time and again by animal right organisations for their practises.
For me being a part of the sharing economy comes through the consumption of pre-owned luxury. Not only do I fell that pre owned luxury is sustainable but also it’s a brilliant way of meeting my ever growing desire to own a clutch crafted from exotic animal skin without getting another animal slaughtered in its making.
It’s been more than three years since I have been buying pre-owned fashion; be it a pre-owned designer handbags or a pre-owned luxury shoes and watch; I satiate my brand obsession and sartorial appetite the smart way and I am proud of it.
If you like the article please share with friends 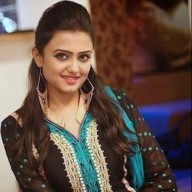