Little Rickki was somebody with dreams. Every night he would lay in his nest and look up into the night sky and long for all those mysterious magical lands far away. Every morning he would ask his mum if he were strong enough to fly away into the sunset and go see those lands. As usual his mum would tell him to wait just a couple of more days and with longing little Rickki would watch the suns rays touch the tip of his wings as it went down the horizon.
Rickki was a playful little fellow. He may not be strong enough to go see the magical lands far beyond, but he knew he was definitely strong enough to fly up and see his home, and explore his forest. So one day while his mother was busy, Rickki sneaked out of his nest and slowly flew away.
He flew up to the sky and soared over the treetops. He let the wind weave through his feathers. He imagined himself the king of the world watching from up high.
Far away, close to the horizon he saw pillars of grey rising up into the sky. His mum had of course warned him. Pillars of grey meant danger. He turned around and headed back home. But in his mind he had already added the land of grey pillars to the list of places he planned to visit. Soon.
One fine morning, on one of his sneaked out soirees, he found a curious sight. Someone lay propped up against a tree. It had 4 limbs while Rickki had only 2. But then, it didn’t have any wings. Rickki couldn’t imagine how anyone could be without wings. He felt pity for the person so he went down to perhaps have a chat. On the ground close to the person, he found some sort of criss cross bed. Must be this person’s nest, he thought. He was still looking curiously when the person stirred and opened his eyes. Rickki smiled at him. The person sat up slowly, he must be surprised to see me Rickki thought.
“Who are you….. ”
“I am a man”
“Man, pleased to meet you. I am Rickki. So sorry about your wings. ”
For a moment Man seemed perplexed. Then as if having made his mind up, he started speaking slowly and sweetly to Rickki.
He spoke of his dreams of adventure and love for travelling. Rickki who also had the same dreams was thrilled. Man finally asked Rickki if he were interested to come with him on his adventures. Rickki was so excited he hopped up and down. But then a thought crossed his mind and he became sad.
“I don’t think I can fly that far yet Man”
“Don’t worry Rickki, I will carry you on my shoulder. I will feed you too. Please come with me.”
And so Rickki went with Man, sitting on his shoulders. Man took him first to the land of grey pillars. Here he put Rickki in a big round house full of golden bars and closed the door.
Rickki was perplexed. What if he wanted to fly? The house had bars too close together for him to be able to fly out. And the door was locked. He asked Man “Why do I have to stay in this house? I promise I will stay with you, on your shoulder. Please let me out, these bars scare me.”
“This is how life works Rickki. Accept it. ”
Man kept his promise. He took Rickki to a thousand lands. All far off, magical lands. Rickki saw many beautiful sights, but he couldn’t be happy because the bars kept breaking up his vision into thin long strips. Today it was, yet another day, yet another land. He watched dully as the sun dawned and coloured everything golden. He watched Man as he sold Rickki’s freedom in bits and pieces for his bread.
He watched the day slowly die. Once more the suns rays lit up the golden bars of his prison and touched the tip of his wings as if beckoning. With a sigh, once more he realized he was not going to fly into this beautiful sunset. 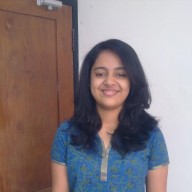